It’s been a rather epic week… My boyfriend moved back to the Midwest before taking off for a few months in Europe, and I tagged along for part of his road trip adventure. From Phoenix to Denver, we covered over 1,000 miles, multiple national parks and monuments, and a few other attractions. Our first stop was Sedona for some cliff jumping… Jake shot a fairly epic GoPro video, if you want proof! There’s a short video of our adventures on my Vimeo page.

Our first campsite was at the foot of Mt Humphreys in Flagstaff, Arizona. We made camp stove tacos and watched lightning flash off in the distance. Luckily the next morning was perfect for hiking. 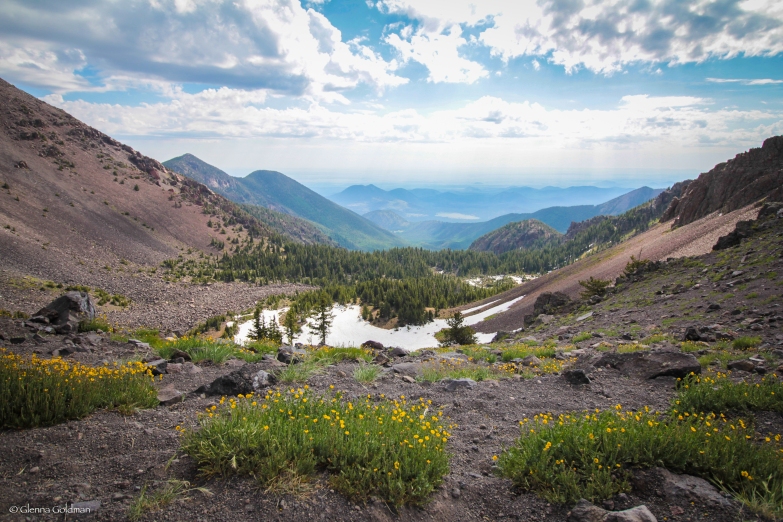 We woke up early, and I summited my first 12’er. I must admit, it was difficult adjusting to thin air above 10,000 feet! It was also pretty weird to be walking on snow in a tank top and shorts. Arizona never ceases to amaze…

Next we headed to Petrified Forest National Park, which was surprisingly pretty. Petrified wood is mostly quartz, and is very hard. Apparently when harvested, the logs are cut with a diamond saw. Trace amounts of iron, manganese, and carbon account for the vivid colors. It was very much a drive-through park, but interesting nonetheless.

That night we camped at Canyon de Chelly. Jake and I visited Spider Rock Overlook and the White House Ruins, which I’d visited with my Meetup backpacking group a few months earlier.

On Day 3 we opted to head straight to Colorado, with just a glimpse of Monument Valley in the distance. We skipped the 4 Corners, since it was $5 a person and very crowded (and reportedly is not even in the right place). 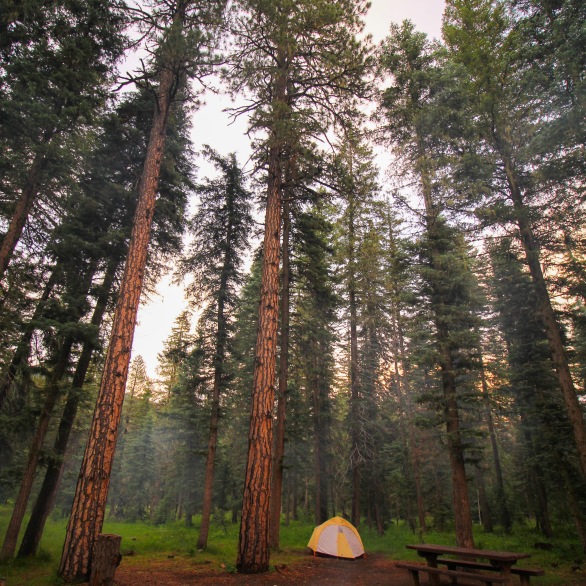 After driving through Southwestern desert for days, Colorado was shockingly green! We also had to adjust to rainstorms pretty much every evening of the trip.

I can see why Jake wanted to return to Mesa Verde. Discovered by ranchers searching for stray cattle in 1888, the park was full of ancient dwellings. They were occupied by Ancestral Puebloans (formerly known as Anasazi) between A.D. 550 and 1300.  The Puebloans farmed on top of the mesas, and lived in the pueblos below, perhaps for better protection, perhaps for easier access to water sources. With all early archaeology, we’re really not sure. We visited Spruce Tree House, a large, multi-level dwelling. 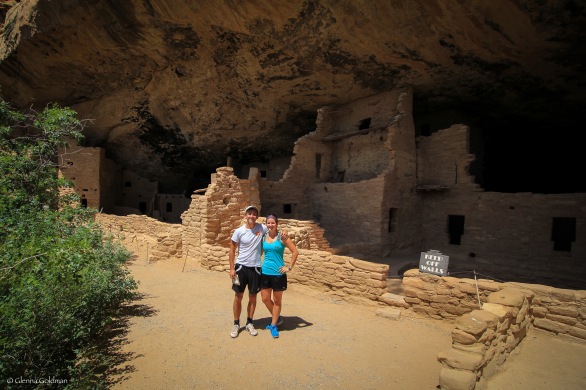 We also took tours of Balcony House and Cliff Palace, both of which involved narrow passageways and climbing on ladders. It was very cool to be able to see the pueblos and kivas up close. The round, subterranean kivas are believed to have served as ceremonial chambers. 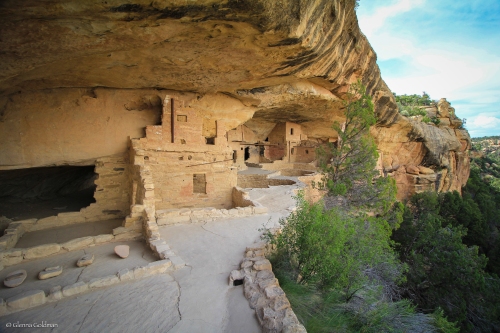 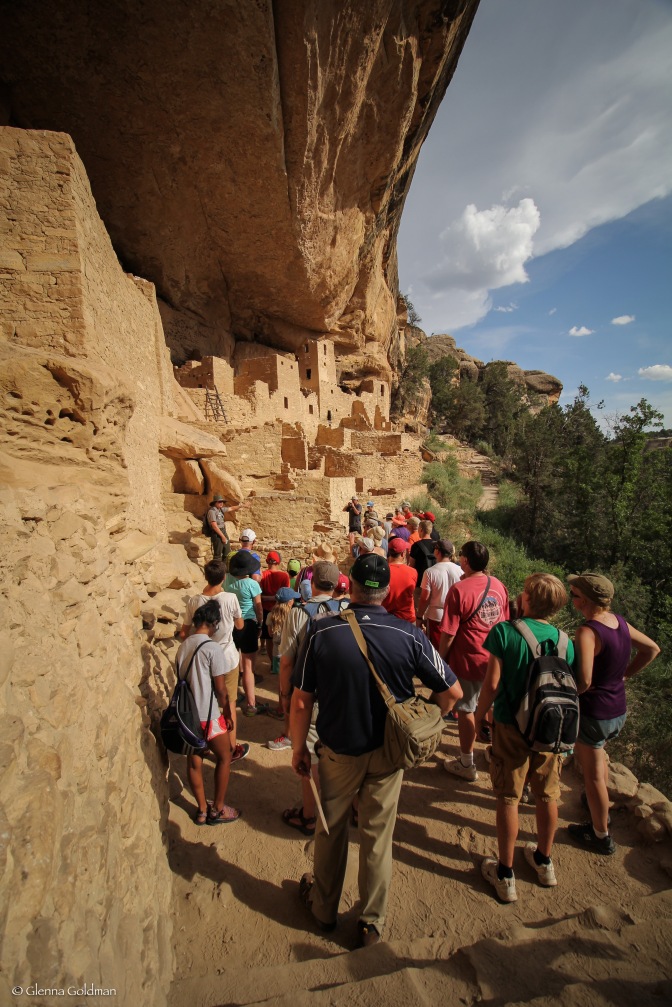 We slept in a bit the next day, and explored Durango. A cool little place I’d like to explore more another time, but we had things to do! 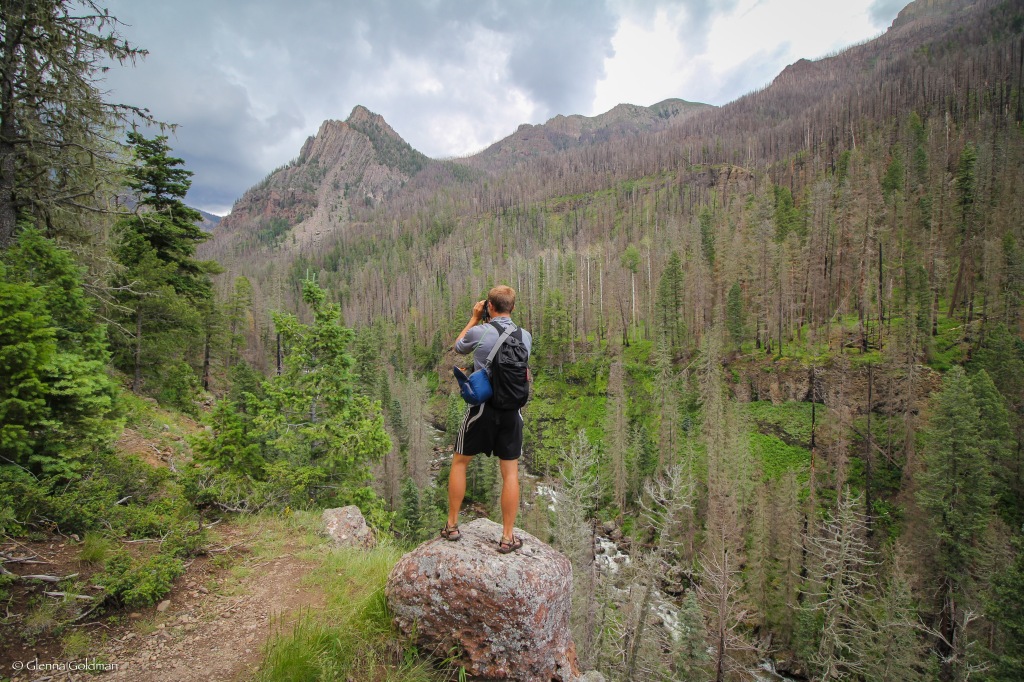 Despite rainstorms, we found Rainbow Hot Springs! Not quite what we were expecting, but it was still a pretty hike. We waited out the evening’s rainstorm in Alamosa, enjoying some Mexican food.

We spent the 4th of July at Great Sand Dunes National Park. Jake was psyched about this place, eager to catch some waves (of sand?) on the tallest dunes in North America. We hiked all the way up to High Dune, quite a task in the shifting sand. We both had some great runs, and ended with some epic wipeouts… Not too different from skiing, besides the fact that we were COVERED head to toe in sand by the end. Check out the video HERE! 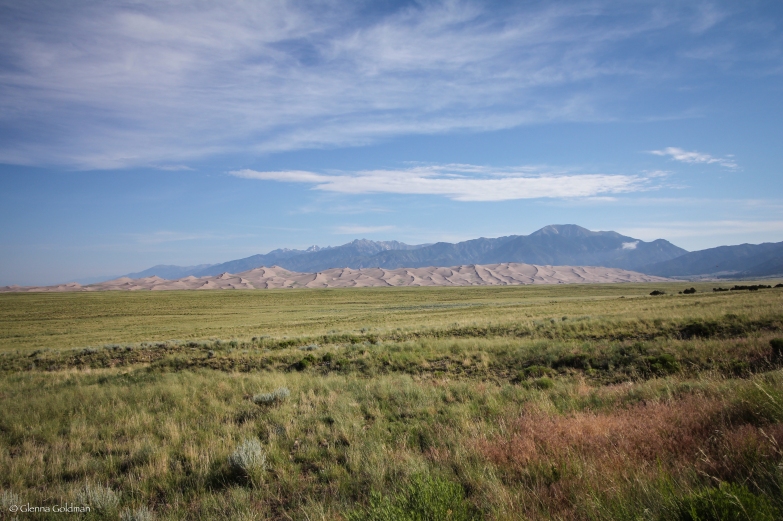 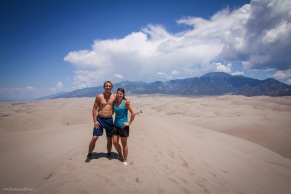 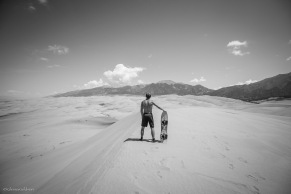 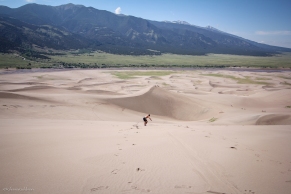 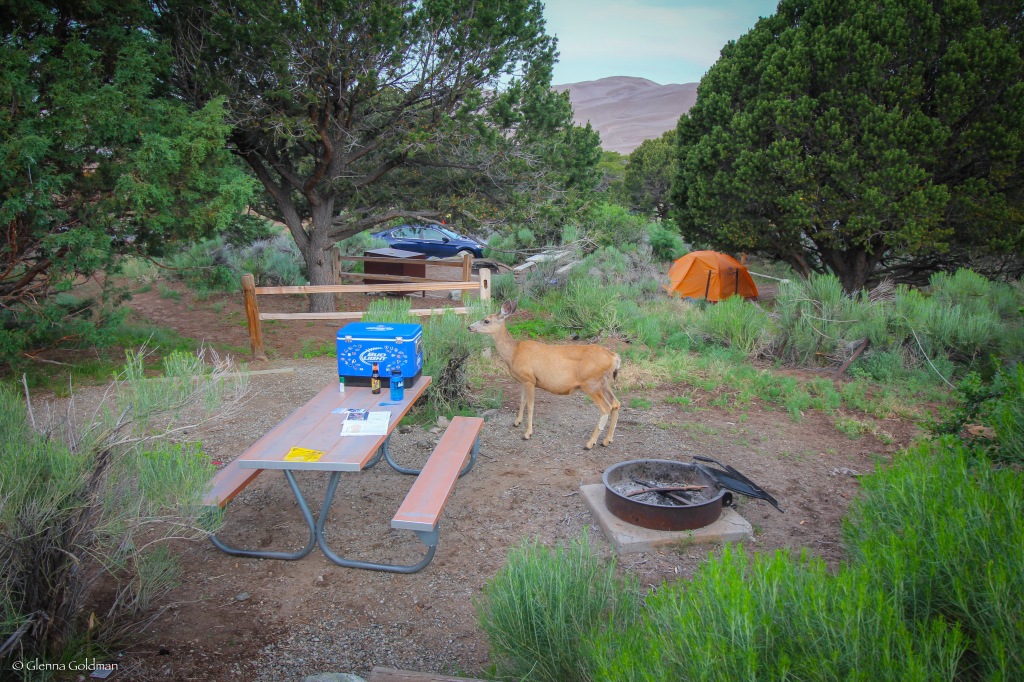 The deer at the Piñon Flats Campsite were fearless. This was also the only place we were plagued with mosquitoes, a rarity for us desert-dwellers! We assumed it was because Medano Creek was running at the base of the dunes, just a short walk from the campsite.

On to Colorado Springs! We visited Garden of the Gods, which was pretty cool, but after spending time in Sedona, we’re just a little jaded. Manitou Springs was an awesome little town, where we drank from the carbonated springs, played arcade games, and watched the US women kick some Japanese butt in the FIFA Women’s World Cup!

The next day I hiked the Incline, a former funicular path (a funicular is a sort of cable car that runs up the side of a mountain or steep hill). It’s a 2,000 ft climb in less than a mile. That’s a lot of stairs! There were a few people running it, and a surprising amount of young children. Great view from the top! It connects to the Barr Trail, which is thirteen miles up to Pike’s Peak.

Since my knee was acting up, Jake hiked Pike’s Peak and I took the train to the top. Yes, it’s cheating, but don’t you worry, I’ll be back to bag that 14’er!

After recovering calories at an Asian buffet, we headed to Denver. We made a visit to the Denver Museum of Nature and Science, and did a little downtown exploration. The next day Jake continued on his road trip back to the Midwest.

I’m chilling with my travel buddy Ally in Denver for a few days, and then road tripping with another friend to Utah! After that I’ll be driving from Phoenix back to Iowa, but that’s a story for another time.

Hope you’re all having an adventurous summer.