Jake and I are relocating again, because, let’s face it, we hate winter… We’ll most likely be back in the Phoenix area this fall, after our epic summer road trip through the West!

So, I packed up and took another solo road trip, moving a car-load of stuff from Denver to Phoenix while Jake finished up another week of work. I decided to take the route through New Mexico, since we’d just been to the Moab area.

I took off down I-25, eventually stopping just before Santa Fe at the Pecos National Historical Park. There was a self-guided trail, displaying remnants of the pueblos, reconstructed kivas, and what’s left of the Spanish mission.

I grabbed tamales in Santa Fe’s historic downtown, then jogged back to my car in the rain. I found a campground up in the mountains, and continued on my journey the next morning.

I stopped at the Kasha-Katuwe (which means Tent Rocks) National Monument, which is a short drive from Santa Fe. This is a fairly new addition, established in 2001 by Clinton. I was still struggling to adjust to the intense heat of the desert after spending months in Colorado, so I just did the short loop with views of the Tent Rocks. There’s also a slot canyon hike, which I hope to do at a later date. The park only had these 2 trails and an overlook that you can drive up to, but it wasn’t very far out of my way, and it was worth a quick stop. If you’re visiting Santa Fe and it’s not scorching hot, I’d recommend visiting.

I made another slight detour to El Morro National Monument, which is west of Albuquerque. El Malpais is also on the way, but I had already visited last summer. I somehow knew I was going to lock my keys in my car at some point on this trip, and it just happened to be here… The ranger wasn’t much help, but luckily the kind strangers next to me used a crowbar from their rental car to hit the unlock button through my open window. Perhaps they have a future in car-jacking? Just kidding. Wishing you all good karma!

Anyway, El Morro was much smaller than El Malpais, but just as fascinating. El Morro has been an important stopping point for many generations of travelers. Just below the large sandstone bluff, a waterhole remains full all summer. The Native Americans and their animals used to drink and swim in this pool, and it was later used by Spanish explorers, American wagon trains headed to California, army expeditions, and railroad surveyors. The large cliff surrounding the pool is known as Inscription Rock, as it displays over 2,000 messages. You can see below the petroglyphs and signatures from years of travelers. The Spaniards left inscriptions from as early as the 1500’s! There was a partly excavated pueblo on top of the bluff, but honestly it wasn’t worth the hike. It was really hot! 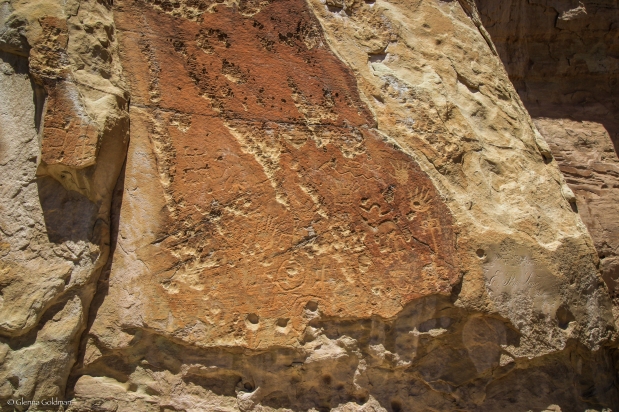 I decided to push on all the way to Payson, where I camped at the Tonto Creek Campground. Very cool and fairly quiet, this spot was perfect for hammocking. 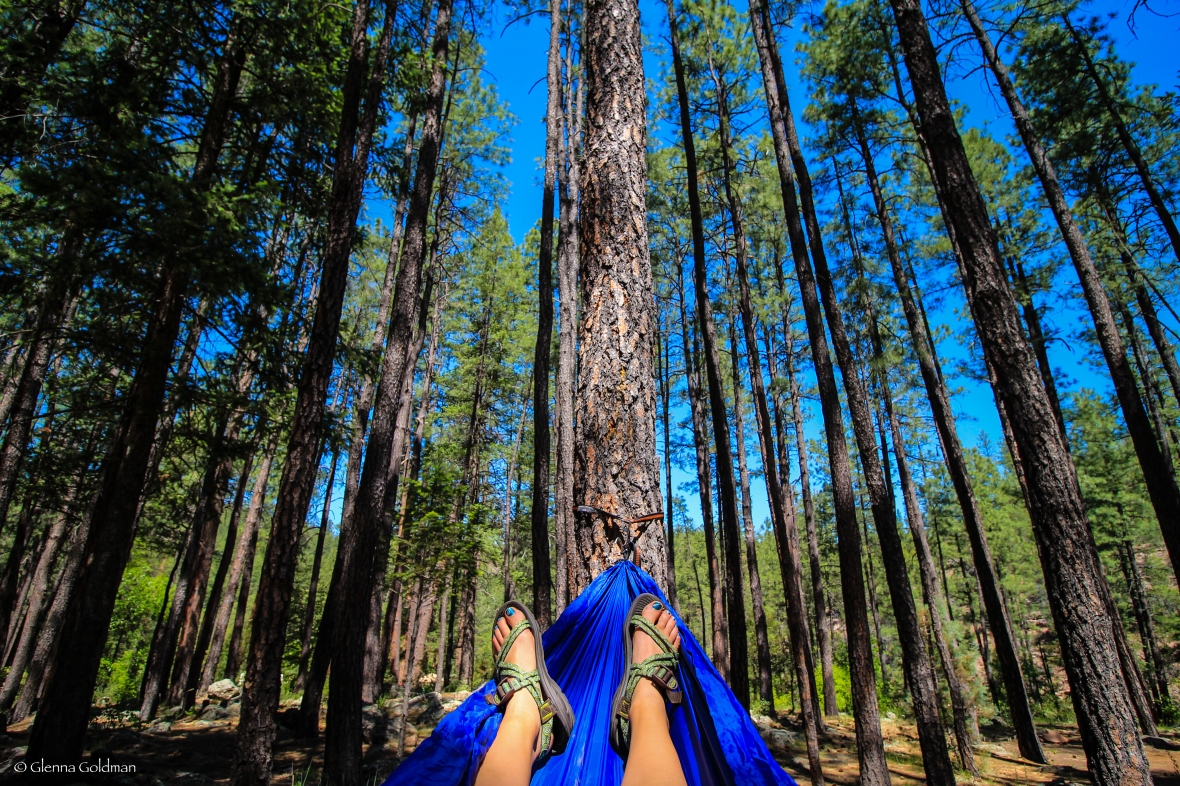 I relaxed in the cool forest, took a short hike along the creek, and got a final night of rest in the mountains before heading down to the desert.

The thermometer in my car hit 98, then 100, then 105… It was 115 degrees in Phoenix, not ideal for moving, but it had to be done. I got everything stored away and parked my car at a friend’s house. Although it was really hot, it felt good to be back. I spent a few days catching up with friends before hopping on a plane.

Next up, the first stop on our Western road trip!

One thought on “Denver to Phoenix”